Alli and Chris are one of the most fun-loving, free-spirited couples I’ve ever had the pleasure of shooting. I’ve known Alli since I was 12 and she’s been like a sister to me throughout high school/college. When she contacted me looking for a photoshoot that captures the essence of their relationship, I was psyched!

Alli is currently a marketing assistant for Katie Schibler & Associates, a small marketing firm, and a contracted marketing consultant for a handful of small, local businesses. She graduated from Nichols College in 2013 with her bachelor’s degree specializing in Business Communications.
Most recently, Alli began the research process for a book endeavor. Her goal is to create a formal written compilation focused around the concept of love and relationships. She realizes that most humans are driven by their desire to find reciprocated love. For this reason, she has reached out to her peers for their insight regarding how different couples maintain love once the butterflies and newness has worn off. She is striving to achieve some sort of enlightenment through the perspectives of all types of couples and relationships, as no one relationship is the same. Alli is one of the most open-hearted people you’ll ever meet. She talks with her hands and has the cutest scrunch-nosed laugh you’ll ever see. She loves to paint, write, and is most productive while laying on a beach. 😉 She owns one cat named Simon.

Chris is a sales manager at Mystic Cycle Centre in Mystic, Connecticut. Beyond his passion for bicycles, Chris has a free, passionate spirit that surrounds him. He lives for adventure, the outdoors, leading an active lifestyle, and his family. Chris has completed 2 ½ years of schooling at URI towards a Bachelor’s degree in Secondary Education and Botany. As many other twenty-somethings, he is still trying to determine what he wants to do professionally. Chris’ love for the outdoors is radiant. His smile is contagious, and his laid back personality makes you feel like you’ve known him for years. He’s welcoming as can be. He owns two cats, named Oddy and Apollo.

Alli and Chris met at the Misquamicut State Beach when they were 16 years old. Chris was a lifeguard at the beach and Alli was a passionate beach-goer. After their first encounter, Alli and Chris did not see each other much, but remained acquaintances. Several years later, at the age of 23, Chris and Alli ran into each other during lunch at a Wakefield, Rhode Island pizza joint. Alli saw Chris out on the sidewalk before he entered the establishment and, not realizing she knew him, admired his good looks. As Chris entered Pier Pizza he realized he knew Alli, pulled his sunglasses down from his eyes and peeked over them at her. Alli realized that the attractive man was staring at her, grew blush and finally realized this man was familiar. Immediately, the two sparked a conversation and briefly caught up. They ended up going on their first date later that night…

Alli and Chris live together in Westerly, Rhode Island. They live so close to the beach that some mornings they can hear waves crashing while they enjoy their morning coffee together. Still avid beach-goers, their lifestyles meshed perfectly. Alli and Chris’ apartment is filled with photo collages, paintings by Alli, and Chris’ bike gear.  Simon, Oddy, and Apollo are the best of friends, creating havoc whenever they can.

Couples like Chris and Alli are the reason why I love what I do. <3

Alli put together the sweetest video – Click below to watch!

“Its all good when I’m by your side.” 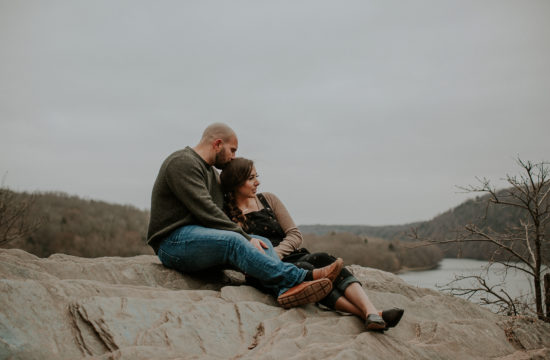 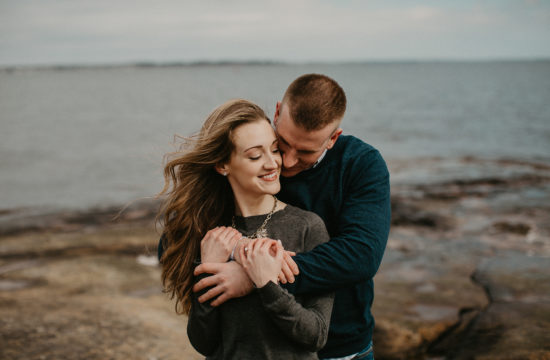 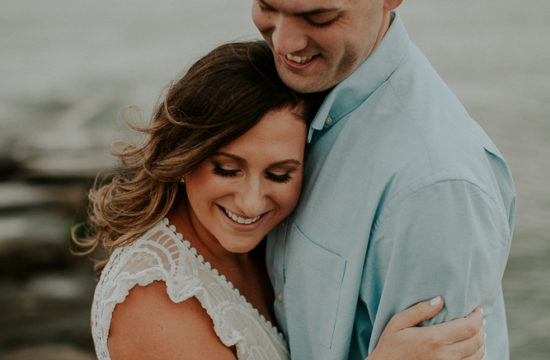